The standard regression functionality approximates the functional relation between input variables and output variables by a linear or low-order polynomial. This can be an over-simplification at times.

A more general approach is to approximate the functional relationship as the superposition of one-dimensional Gaussian processes. Gaussian processes are auto-correlated (and therefore smooth) along a spatial axis.

Background: The Principles of Gaussian Processes¶

Let us first understand what Gaussian processes in halerium can be constructed and what it looks like.

We will need numpy and halerium for constructing the Gaussian process and pylab for plotting.

We now construct a Gaussian process

Here we have constructed an uncorrelated source field. On this field the correlation structure is imposed by convolving it with a kernel. Let’s have a look at some examples.

As we can see gaussian processes can be interpreted smooth functions. Due to the kernel the process has a preferred fluctuation scale and tends to go back to the origin at zero. We will see how this changes once we introduce data.

Using a Gaussian process as a function¶

To use a Gaussian process as a function we have to be able to evaluate it at arbitrary positions. We can do this using iterpolation.

Now the graph uses the gaussian process as a function that relates x and y as y=f(x). 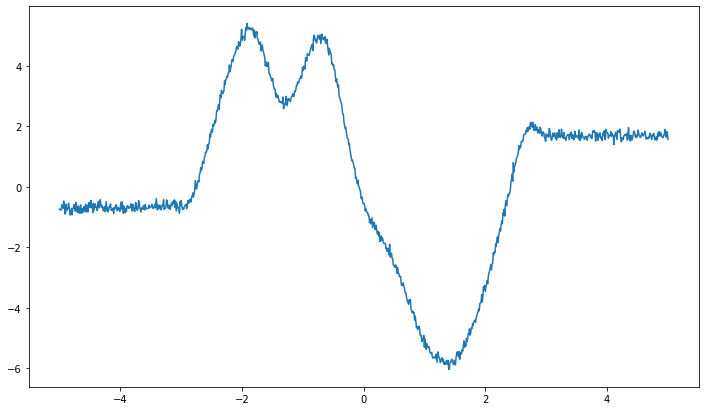 We can see two things here: 1. the function is noisy due to the variance of the variable y 2. outside of the interpolation interval [-3, 3] the function becomes constant (apart from the noise)

Learning a Gaussian process from data¶

Let us now create training data from which we hope to learn the Gaussian process. 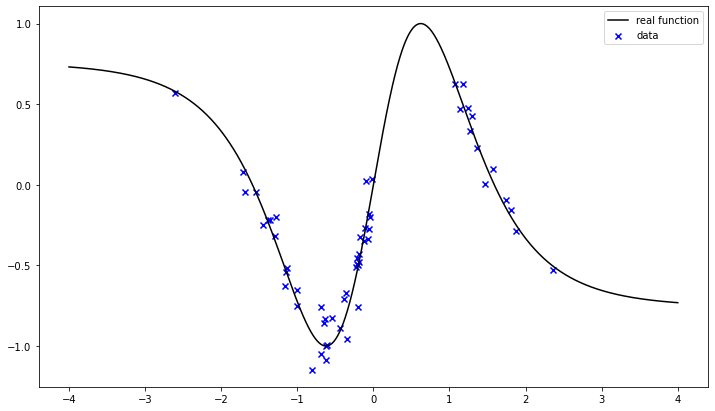 Our training data are a noisy representation of the real function with a gap in the interval [0, 1].

We can now use these data to infer the most likely Gaussian process representation.

Now we have a trained graph in which the posterior probability of the gaussian process is encoded. We can use this trained graph to make a prediction on a test set 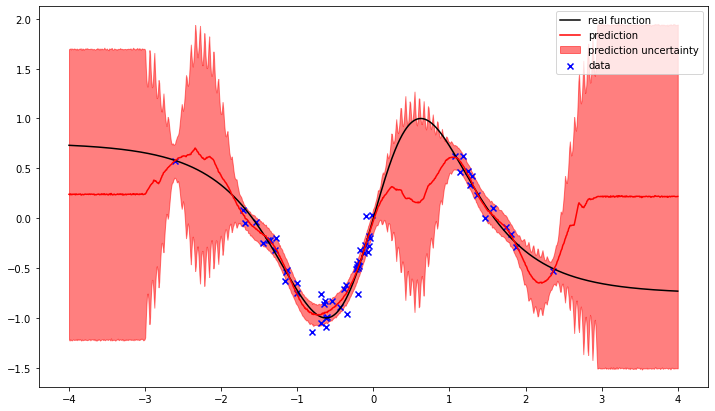 In the regions without observations the difference between the prediction and the real function increases, as does the uncertainty.

This is the way Gaussian process regression works.

Halerium offers the user a convenience function that constructs an appropriate Gaussian process regression between variables with a single command.

The connect_via_gaussian_process created all the necessary variables and operations for a gaussian process regression. Training and evaluation works the same way as above, but this time we use the Trainer and Predictor for convenience. 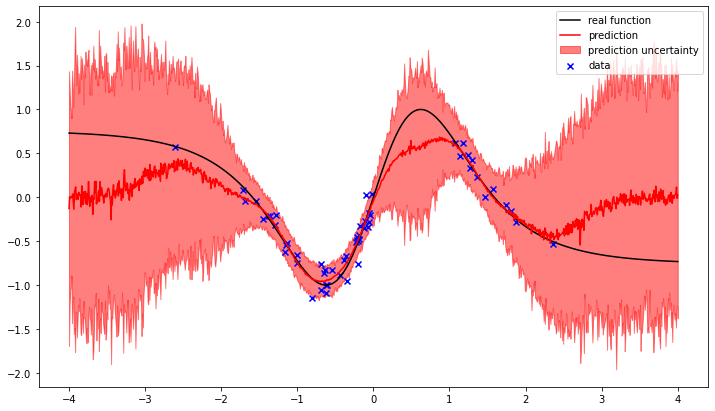 The reconstruction is slightly different, because the connect_via_gaussian_process function uses a slightly different kernel. Additionally the variance of y is also learned, whereas in the example above it was known.

The Gaussian process serves us as a representation of a 1-dimensional function, i.e. a function \(f: \mathbb{R} \rightarrow \mathbb{R}\).

Let us see how this works in practice.

We construct a Graph with multiple multivariate variables and connect them.

Now we create an example with 200 data points

and split them into training and test data.

Now we train the graph (this will take ~1 minute)…

…and check whether we can predict the test set. 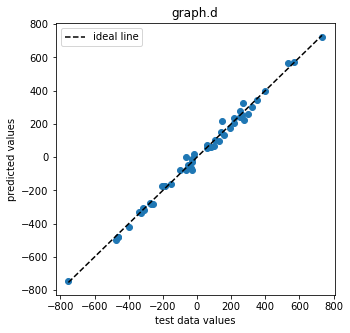 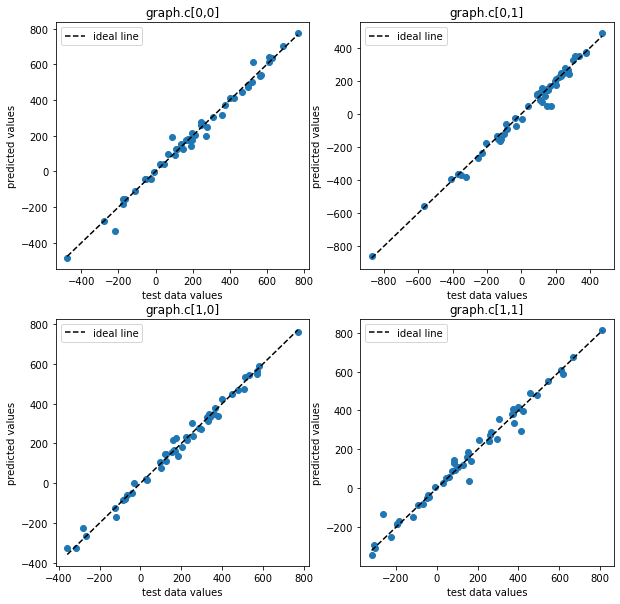 We can see that the trained graph yields accurate predictions.

Let’s go through the arguments of connect_via_gaussian_process.

The first argument name_prefix is used to name the entities in the graph holding the regression parameters:

The argument inputs specifies the input variables for the regression. This can be either a single variable or a list of variables.

The argument outputs specifies the output variables of the regression, either as a single variable, or a list of variables.

The argument connect_outputs_scale_parameter specifies whether to learn the variance(s) as field(s) as well. With False the printout of the graphs children would not have contained the log_scale entity.

The argument interpolation_points specifies the amount of points in each 1-D Gaussian random field. With more points finer functional details can be captured, but computation time is increased.

The argument kernel_correlation_length defines the correlation length imposed by the kernel. It too is given w.r.t to the inputs scales.

More on these and a number of further arguments can be found in the documentation for connect_via_gaussian_process.